Team Ireland has selected Derek Burnett to compete in the Men’s Trap in Tokyo.

Team Ireland has officially selected Derek Burnett to compete in the Men’s Trap at the Olympic Games in Tokyo. Ireland’s most decorated shooter will be competing in his fifth Olympic Games, a feat only matched by two other athletes, Rob Heffernan (Race Walker) and David Wilkins (Sailor). The Men’s Trap takes place in the Asaka Shooting Range from the 29-30 July.

The 51 year old Longford man made his debut in the Sydney Games in 2000 and competed in every Games bar Rio 2016 since. His highest Olympic finish was joint ninth in the Olympic Games in Athens in 2004.

Speaking ahead of the Olympic Games Team Ireland Chef de Mission for Tokyo 2020, Tricia Heberle, highlighted the standard of the team,

"Derek has just become a member of a very small club of five time Olympians, and we are really pleased to include him on the team. This year with nineteen sports on our Team Ireland schedule, it is really enjoyable working with athletes across the range, all of whom bring something different to the team. Derek’s experience spans back to Sydney in 2000, and we look forward to watching him compete in Tokyo 21 years later.”

Erig Conway, Chair of the Irish Clay Target Shooting Association said: “This Olympic cycle has been extremely long one and a particularly hard one for all the athletes. But in Derek Burnett we have a seasoned Olympian who knows how to deal with the pressures and sense of occasion that the Olympics brings. I have every confidence in his resilience, but above all his world class shooting ability. We are a small organisation so having someone compete for Ireland on the global stage gives the whole shooting community a great boost.”

Team Ireland now consists of 96 officially selected athletes, with over 110 athlete spots confirmed, making this the largest team to represent Ireland yet. There are two remaining team announcements which will take place in the coming days. The Olympic Games in Tokyo will run from the 23rd July to 8th August 2021. 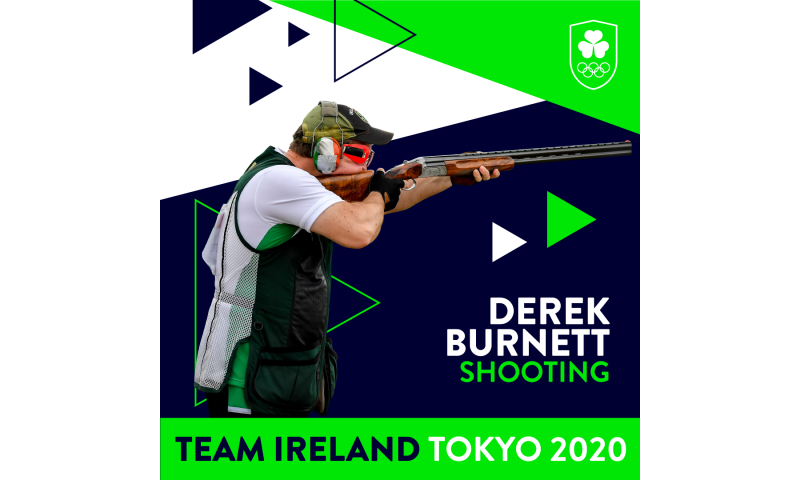 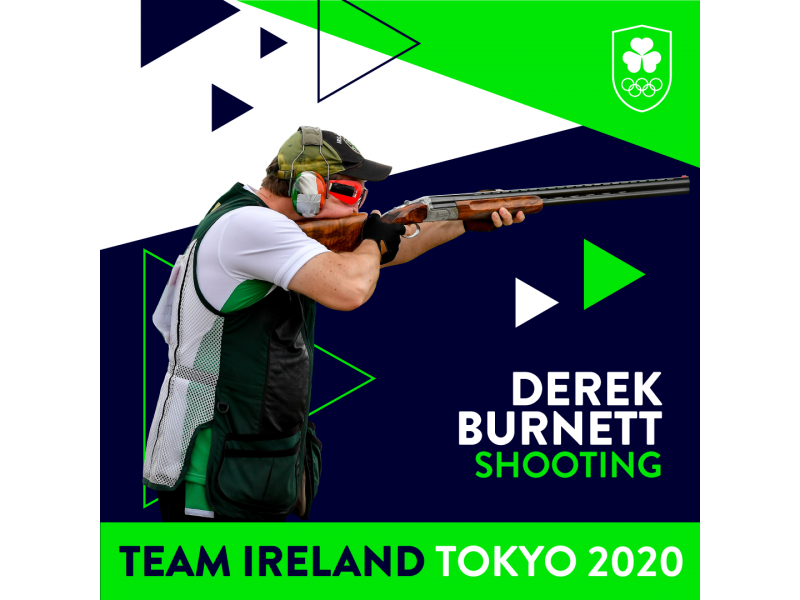